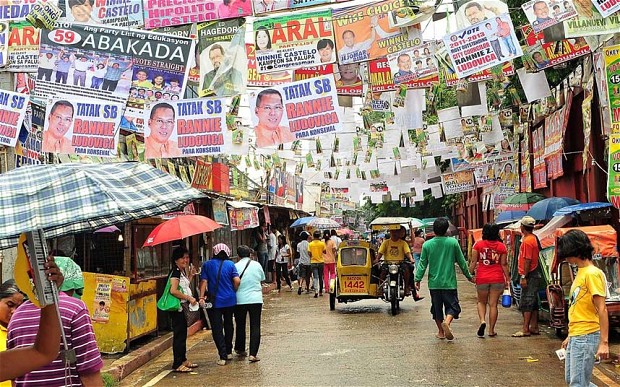 There is no doubt that digital media, mostly the Internet, has become a very important and influential tool, especially in advocacies, campaigns, and social reforms.

From the Internet sprung the Occupy Movement of the United States and through it, the success of the Arab Springs. Through the Internet, people have become more aware and educated about social issues and it has become very easy to be “involved” in the own comforts of their homes.

But does watching a video, liking a status message, joining trending topics, or sharing a photo automatically makes one an activist or a catalyst of change? Does on-ground work still matter when people believe they have become involved by a simple click?

When the top 12 senators of the partial, unofficial count emerged, people vented out a lot of their frustrations online, taking them to Facebook and Twitter. Trending topics shifted to names of senatorial candidates either people hoped to win or wanted to lose. There were questions on why popular candidates in social media were not included in the top 12. Why, they asked, when they were trending topics, when they had so many Facebook likes, when they were topping online polls?

Social media tends to disillusion us. We want to believe that every sector of Philippine society is represented online. But guess what? They aren’t. Social media does not represent the Philippines. Social media represents the very few percentage of Filipinos who are found in the upper or middle class and who can access Internet connection. Let us consider ourselves lucky because information quickly reaches us and, therefore, we can consider ourselves “intelligent voters.”

But let us not be quick to judge the masa (masses) and say they are “bobo (stupid),” voting for those who don’t deserve to be leaders of this nation. When they voted, they thought of who among the candidates have helped them when they needed medicine for their children, of who gave them a kilo of rice to get them through the day, or of who can give them jobs. No, they did not think of the RH (Reproductive Health) Law or the Sin Tax Law, they thought of who can help them in their everyday lives. This is not “bobo,” this is the reality they face.

It is not the right way to vote, some will say. But don’t you think that when you wake up everyday fighting for these things, you end up voting for those who have promised to help you in your fight?

Yes, we want Filipinos to vote for more than those candidates with empty promises but because of social media, in educating ourselves, we have forgotten others who are not online. We have forgotten that social media is but a tool, and it is a tool not only to educate ourselves but more so to help educate others.

How many of us have gone out of our way to reach other people and to give them information about the candidates? How many of us went offline, walked the streets, and campaigned for those whom we thought were worthy of positions? How many of the forums and symposiums on voters’ education and elections were conducted in far-flung corners of the Philippines without electricity?

The problem with social media is it makes us too comfortable, too lazy even, that it makes us forget. It makes us forget about the farmers and fishers, the ordinary workers and the vendors, the indigenous people and people with disabilities. It makes us forget about other sectors of society that comprise majority of the voters but whom we do not reach out to and help educate. Instead, we become too proud of our “intelligent” selves, detach ourselves from them, and blame them for the election results that did not go our way. But think, if we transferred our knowledge to them, would they have voted better?

So let us again ask ourselves, does on-ground work still matter when we have social media? And the 2013 elections answer us with a resounding “Yes!” As the hullabaloo of the 2013 elections come to a close, it has become more evident and, hopefully, it has become a lesson learned for all: social media can only do so much and the fight remains offline, in the real world, with the masses.