MANILA, Philippines — Speaking at the leaders’ event of the Paris climate talks, President Benigno Aquino III once again emphasized the vulnerability of the Philippines, which “bear(s) a disproportionate amount of the burden when it comes to climate change.”

And yet, his brief speech at the Conference of Parties (COP 21) leaders’ event disregarded the elephant in the room: when will the Philippines stop investing in coal and shift to renewable energy?

Aquino said that for countries like the Philippines, the fight against climate change is a fight for survival.

He also mentioned the Philippines’ commitment to mitigate 70 percent of its carbon emissions based on a business as usual (BAU) model by 2030. This commitment, said Aquino, was done despite fiscal limitations and despite the fact that the Philippines has one of the smallest carbon footprints.

“We work toward vital reforms to mitigate climate change,” he said.

At the CVF, Aquino said that “building back better has become less of guarantee because the new normal can be replaced with another new normal that is more destructive.”

In both events, Aquino outlined the Philippine plans on how it plans to reach its mitigation plans and contribute to solving the climate crisis. He emphasized on planting 1.5 million trees on 1.5 million hectares and establishing anti-illegal logging campaign.

While this sounds good, the reality is that the Philippine government has approved the building of more than 50 coal power plants this year, despite opposition from different environmental groups and communities where these plants are set to be built.

Fossil fuels like coal are the main driver of human-induced climate change. Other countries have started committing to phasing out fossil fuels. The United Kingdom, for example, has set a deadline to phase out coal over the next decade. The Cook Islands have also committed to becoming 100 percent powered by renewable energy by 2030.

The Philippines is a vulnerable country to climate change and yet it is a country that continues to invest so much in coal. While Philippine commitments to the United Nations seem ambitious, the commitments remain to be just that: good on paper but not in implementation.

Without clear commitments from the government that it will stop investing in coal, the Philippines is treading a dangerous path — the same path taken by rich countries that led us to where we are today.

As a vulnerable country to climate change, the Philippines must lead in this energy revolution. Or else there might come a time when we are hit by a typhoon even stronger than Yolanda (Haiyan) and there will be no one else to blame but itself.

This article was originally published in Interaksyon. 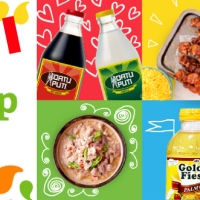 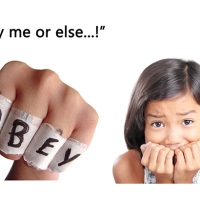 Get a copy: Where Did All the Fireflies Go?