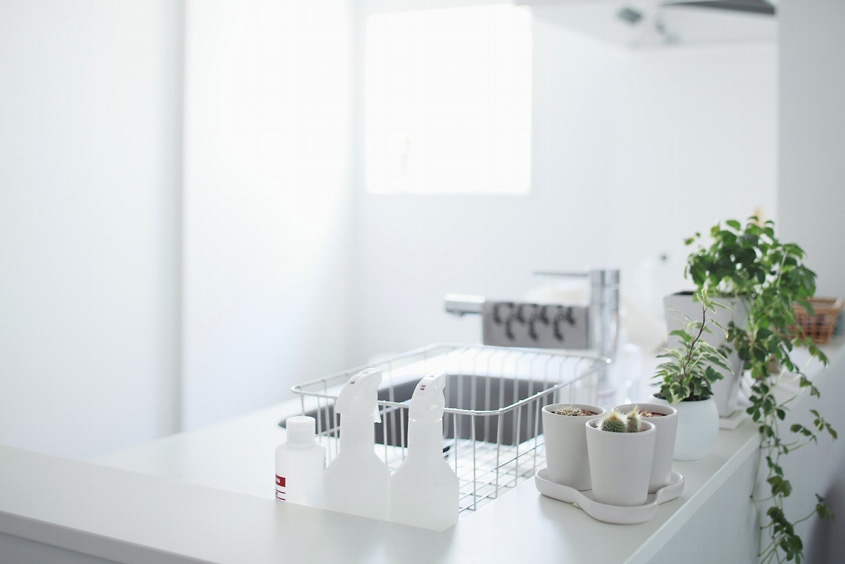 There is a growing interest in minimalism, thanks in part to Marie Kondo’s book “The Life Changing Magic of Tidying Up” and her KonMari method — a method of decluttering and organising the home. Since then, many have sworn to the Kondo’s method of holding only onto things that “spark joy.”

KonMari is only one of the many movements growing around the idea of a minimalist lifestyle. There is also Project 333, a minimalist fashion project that invites people to dress with 33 items or less for 3 months and 100 Thing Challenge, started by David Bruno, who challenged himself to own only 100 things. And then there is also the tiny house movement, a movement that encourages simple living by living in, yes, tiny houses. Add to that the zero waste movement, challenging people to live with, you guessed it, zero waste.

And so it seems that these days many people have found happiness in minimizing the things they own, having the mantra of “less is more,” where owning less is equated to freedom and happiness. It does feel fresh, a welcome change in a world seemingly dedicated to consumerism, where everywhere you look is an invite to spend more and own more — advertisements, shopping malls, billboards.

As the trend of minimalism grows, can it be said that people are ready to let go of overconsumption and change their lifestyles to help save the planet?

While polluters such as oil and cement companies and coal-fired power plants have largely contributed to climate change — and these are things which we must address urgently — overconsumption as a lifestyle has had major impacts on the environment as well.

It is no secret that consumerism has contributed a lot to climate change. According to a study entitled “Environmental Impact Assessment of Household Consumption” published in the Journal in Industrial Ecology, what people consume is responsible for up to 60% of global greenhouse gas (GHG) emissions. Not only that, production of items from other countries to be consumed in other countries has also increased steadily, which only adds to carbon emissions.

“Today, developed countries have to report their carbon emissions, but we consume a lot of stuff that is produced in China and other developing countries. Their carbon emissions are helping support my consumption,” says Ken Caldeira of the Carnegie Institution for Science in the United States.

Naomi Klein, in her book, This Changes Everything, says that “the truth is that if we want to live within ecological limits, we would need to return to a lifestyle similar to the one we had in the 1970’s, before consumption levels went crazy in the 1980’s.” Even Pope Francis, in his encyclical, has blamed the “culture of consumerism” for climate change.

Fast fashion, for example, has grown as an industry because of overconsumption. According to an article by Sarah Ripper from Uplift, people are buying 400% more clothes than we did 20 years ago, and the environmental impacts are staggering. In 2014, it was found that 85% of man-made materials found on shorelines were microfibers, synthetic materials used in clothing. And with 2 billion paris of jeans produced every year, imagine how many litres of water is needed when a pair takes 7,000 litres of water to produce.

With all these in mind, it is then high time for people to embrace a more simple lifestyle, and consume less. Is minimalism the answer to this problem?

Minimalism for the privileged?

Minimalism, however, sparks some debate: is the minimalism trend only for the privileged? An article by Kyle Chaka published in New York Times discusses how the current trend on minimalism is hinged on “social capital, a safety net, and access to the internet” and calls today’s minimalism as “arrogant,” and only makes us consume more instead of less.

Similarly, Arielle Bernstein’s article in The Atlantic talks about how minimalism as a lifestyle may not be entirely possible for people like refugees, who’s had cherished items things taken away from them. Bernstein argues that for these people, such as her parents, letting go of things is not as simple as asking if something “sparks joy” or not.

“But for families that have experienced giving their dearest possessions up unwillingly, “putting things in order” is never going to be as simple as throwing things away. Everything they manage to hold onto matters deeply. Everything is confirmation they survived,” Bernstein shares.

However, in some cultures like Japan where people practice Zen Buddhism, minimalism is already imbibed in their culture. It is practical too, they say, especially to avoid injuries during earthquakes.

So while the concept of minimalism from the West may arguably come from the point of view of the privileged, there are some cultures in the East that have already adhered to it as part of their culture and beliefs. This is not to say, of course, that the Japanese hasn’t subscribed to overconsumption, because it has, especially in the 80’s when Japan’s economy boomed. But today’s young Japanese have changed, which may also be attributed to Japan’s economic decline, so much so that Hitsakazu Matsuda, president of Japan Consumer Marketing Research Institute calls them “consumption haters,” a generation that thinks it is stupid to spend.

Minimalism for the planet

In the same study mentioned earlier, researched found that “consumerism was much higher in rich countries than in poor countries, and that those with the highest rates of consumerism had up to 5.5 times the environmental impact as the world average.” And according to a report by Christian Aid, “20% of the world’s population account for around 80% of consumption of global resources, and the world is consuming 50% more than is environmentally sustainable.”

However, recent data shows that Asia’s growing middle class may turn the region into a “consumption powerhouse.” This is seen as a positive development by the World Economic Forum, as it will contribute to economic growth. This of course is problematic, as most climate activists would say that measuring development based on GDP growth is what has caused climate change.

“We have an economic system that fetishizes GDP growth above all else, regardless of the human or ecological consequences, while failing to place value on those things that most of us cherish above all — a decent standard of living, a measure of future security, and our relationships with one another,” says Naomi Klein in her book This Changes Everything.

And this is exactly what the minimalist movement believes in: that happiness and freedom do not come with consuming or owning things, and that people need to go back to what really matters such as experiences and relationships.

The debates surrounding the minimalist movement are valid. I must agree with Kyle Chaka that the movement must be careful not to perpetuate more consumption by aspiring to have the best, and most expensive things albeit few. I also agree with Arielle Bernstein that some people, such as refugees, cannot afford to be minimalist.

Minimalism will not win the revolution or solve climate change, but it can change perspectives and allow people to shift their lifestyles, and ultimately influence the market and economic system to something that is more sustainable and ecological. The challenge remains: can it be sustained and can it go past the privileged?