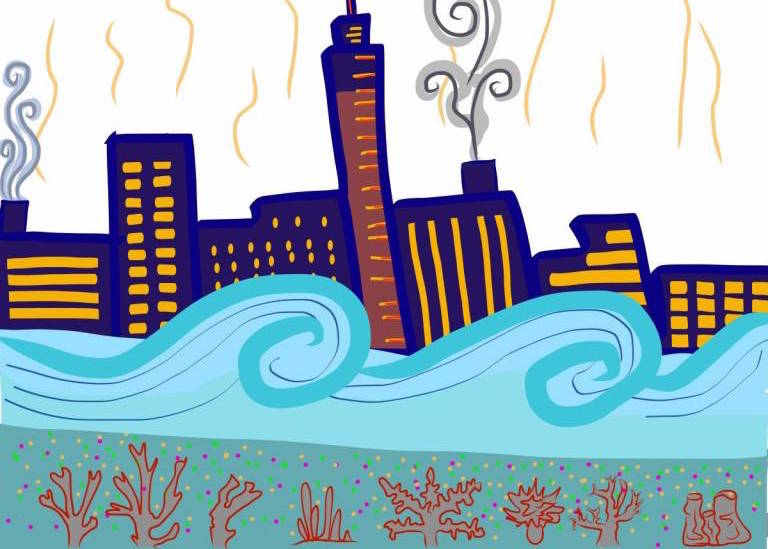 Last November 16, I was invited to speak at the University College London for their Sustainability Symposium. I talked about the role of Art in Sustainability and how creative campaigns can lead into climate action. Here’s the full video of my talk taken by my friend, Xanea:

The only problem I found in the organising of this event was that the panel was composed of five white males except me! Now, that’s a problem of representation. There are many women and people of colour who have been doing great work in the climate space and we need to be represented in symposiums like this.

Another problem I wanted to address was that most of my co-panelists presented a dooms day scenario, saying they were just being realistic (or was it fatalistic?!). Rupert Read, who happens to also be from UEA, for example was very fatalistic in his talk, saying we would all face extinction and half of humanity will be gone in a few years. Woah, okay. My problem with this is injecting fear into people just immobilises them, it does not bring any action. Repeat after me: Fear immobilises people. Why would we act then, if everything is going to die anyway, if we think we can’t do anything?

I agree in not being too optimistic, as we need to ground ourselves in reality, but being fatalistic is also not a good way to communicate if we want people to take action. Yes, the problem is big, but also yes, we have the agency to do something. We created the problem so we will fix it. I particularly liked the presentation of Morgan Phillips from the Glacier Trust and Joss Garman from the European Climate Foundation as this is exactly what they addressed — solutions.

As far as I’m concerned, we can only go so far into scaring people but what we need is engagement and action. And how do we do that? We let them know we can do something, that they have the agency to change our current lived realities — joining groups involved in climate activism, helping build resiliency, changing lifestyles and encouraging others to do the same. Yes, we have to address the fact that it is countries and big corporations who pollute that need to drastically change. And it is precisely why we need to come together and act collectively. Governments and companies are only as powerful as the people. If we are to win this fight, this is not the time to wallow in fear, it is the time to transform that fear, that anger, that hope into something more tangible, into concrete action.

As a communicator you know you were successful when people get the itch to get up from their seats to do something, not when everyone suddenly loses all their hope for a better future.

Otherwise, it’s always good to engage with young people and know that our generation is doing its best to save ourselves and this planet.