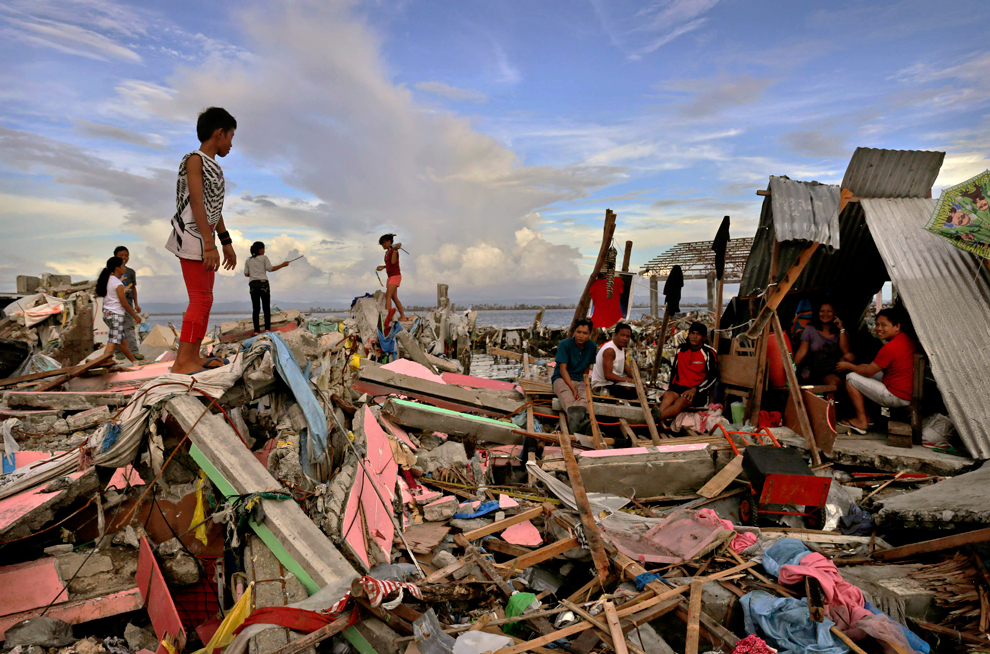 MARRAKESH — One hundred ninety-six countries will once again meet at the annual Conference of Parties (COP) for the United Nations Framework Convention on Climate Change.

This will be the 22nd COP and the first one after the Paris Agreement has been signed and entered into force. It is for this reason that this COP is seen as the “action COP,” where the real work to solve the climate crisis begins.

However, the Philippines is currently in a dilemma: is the government going to ratify the Paris Agreement or not? And does it matter?

President Duterte has been vocal about his non-support of the Paris Agreement, saying that it is unfair for countries like the Philippines to mitigate its carbon emissions when our emissions are negligible. He also thinks that the agreement will hinder our growth and development as a nation and went as far as saying the agreement is “absurd” and “stupid.”

However, more recently, the president has become more open, saying that he will take a second look and will trust his legal advisers if they say he must sign it.

The Paris Agreement is certainly far from perfect and will not be the end all and be all solution to the climate crisis. Many countries have not pledged ambitious commitments and developed countries are lagging behind with what they need to commit in order to limit global warming to 1.5 or 2 degrees Celsius. However, this does not mean that the Paris Agreement is a failure.

The Paris Agreement has succeeded to some extent: it has finally made all countries take concrete actions and look at the issue of climate change with utmost seriousness and urgency. The Paris Agreement, for example, ensures that all countries must renew their commitments every five years and that these commitments can only have higher ambition from the last. And to address the president’s concerns, the agreement is based on the principles of Common But Differentiated Responsibility and Respective Capacities (CBDR-RC).

This means that developed countries will be asked to do more because historically, they have emitted more greenhouse gases to the atmosphere. Their economies were built on environmental degradation and pollution.

Meanwhile, developing countries, while contributing very little to historical emissions, also need to do their part in transitioning to a carbon free future. Some, like the president, may think this to be unfair but why is it important?

Climate change affects everyone, and sadly, its impacts are felt more by people who have contributed little to it. It does not recognize borders, as we have seen when super typhoon Yolanda hit the country. It will not choose to impact only those countries who have polluted more.

Why is it important for countries like the Philippines to do their share of commitments for climate action? Because this is a problem not one country can solve. It will take everyone’s efforts to make the Earth liveble in the next century.

Philippine youth call to ratify Paris Agreement for their future

The youth have been actively involved in fighting for their future. In the UNFCCC, the youth have continuously pushed for intergenerational equity. Edith Weiss, a legal scholar who has taught on issues of international environmental law, defines intergenerational equity as the capacity to “hold the natural and cultural environment of the Earth in common both with other members of the present generation and with other generations, past and future.”

The youth in the Philippines have also been active in pushing for the ratification of the Paris Agreement. In a series of consultations hosted by climate group The Climate Reality Project Philippines in Luzon, Visayas and Mindanao, youth leaders crafted a climate change statement to be sent to the Philippine delegation and world leaders negotiating at the COP.

“We are being snatched of our future, and we will not just watch,” Ruzzel Morales, a representative from Visayas, said.

“The youth must play an active role in persuading all nations to commit to reducing greenhouse gas emissions,” John Leo Algo, a representative from Luzon, added.

In 2013, the Philippines was declared the most vulnerable country to climate impacts after Yolanda claimed over 7,000 lives in the Visayas. Yolanda happened at 0.8 degrees of global warming. Limiting global warming to 1.5 degrees will be a matter of life and death for all Filipinos. As a country vulnerable to climate change, the Philippines will face exacerbated climate change impacts such as worse droughts and stronger typhoons.

The Philippines cannot call for the rest of the world to solve the climate crisis while doing nothing about it. The ratification of the Paris Agreement will allow the Philippines to have a bigger voice inside the UNFCCC, an important voice for all other countries fighting for their right to survive.

The ratification will allow the Philippines to negotiate for a better international climate policy and remind the rest of the world that the future of Filipinos is non-negotiable.